You are here: Home / Travel / 6 Reasons NOT To Go To Disney World

These are 6 reasons not to go to Disney World.

For many families, Disney World is considered a “bucket list” trip.  From the tales of exceptional customer service to their moniker as “The happiest place on earth”, the expectation from our recent trip this summer was high.

But perhaps it was too high.  The family and I just returned from our very first visit to Disney World and unfortunately, it was a dud.   So much so that I’m literally typing this post from the Orlando Airport.  Keep in mind that your mileage may vary but here are our 6 reasons not to go to Disney World.

ONE: It is ridiculously expensive.

The cost of Disney World – from admission to food to souvenirs – is top of the list for reasons not to go to Disney World.  Before the diehard Disney fans come for me, yes, I know that no one claimed Disney World was cheap.  But for most families, it isn’t even affordable.

Kids 3 and under are free [YAY!] but kids over 10 are charged as full-priced adults.  Kids in between those ages receive a measly child discount of only $5. In August of 2019, we spent close to $700 on tickets for our family of 5. 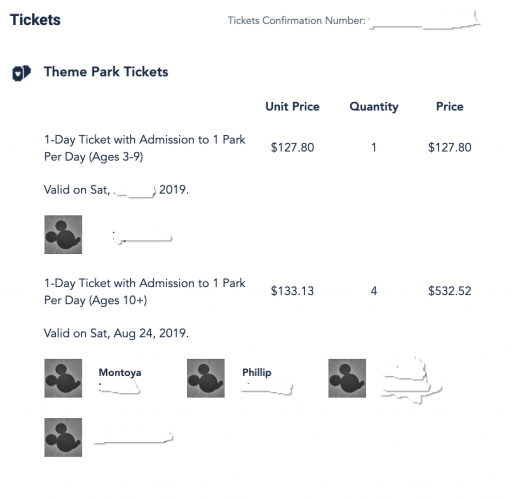 The money we spent on one day at Disney World could have covered the cost of one of our Spring Break Family trips.

TWO: The customer service is lacking.

I’m sad to say we did not get to experience the golden customer service standard that Disney World is known for.  None of the cast members were outright rude but many of them were just not nice.  One threw away my tray of cutlery and napkins while I was dishing out food to the kiddos because “it looked like trash.”  To add insult to injury, he didn’t offer to replace it.  Chik-fil-a would never.  The photographers on-site were also visibly tired and were dismissive when I asked for an explanation of how to retrieve our professional photos.

Outside of the characters, my interactions with employees left an unpleasant taste in my mouth.

THREE: It’s incredibly hot and they do not offer any amenities to help mitigate it.

We’re from Texas – born and raised – and even we had to tap out when it came to battling Florida heat at Disney World.  The day of our visit, the forecast showed a lower temperature than what our fellow Houstonians were dealing with but it was still way too hot.  There are very few shaded areas in Disney World and the ones that exist are packed to the gills with others seeking relief.

A cup of water is free but most places require you to stand in line to order and then receive it.  There are no misting fans available to help you cool off either.   But not to worry — you can buy one for the value price of $21.  [In case it is hard to tell, that value part was sarcasm.]  Also, this isn’t a firm complaint but it would be nice if they at least provided complimentary sunscreen for everyone’s sake.

If you’re sensitive to humidity, don’t do well in sweltering temperatures for an extended amount of time, or just don’t like to sweat, these are all good reasons not to go to Disney World.

I understand that despite the nostalgia, Disney World is a business and they are there to make money.  But it would provide a better experience for everyone if they did better with the crowd control.  The day we visited was estimated to be “less crowded” but there were still massive swarms of people everywhere.  Cutting down on the crowds a bit will also help with the ride times. 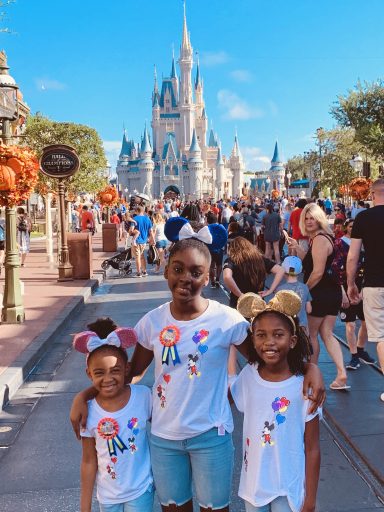 FIVE: You will spend most of your visit in line just to spend 4-5 minutes on the attraction.

Speaking of outrageous wait times…  the time you spend in line is on my list of reasons not to go to Disney World.  Some of the more popular rides had wait times in excess of 110 minutes.  Yes, you read that right.  An almost two-hour wait to ride an attraction that is 5 minutes or less. Even with our gratuitous use of the three complimentary Fastpasses, we still only managed to ride a handful of rides due to the outrageous wait times.

SIX: The rides were outdated and boring.

The rides we had the chance to ride were very old and, I’m sorry to say, BORING.  In this age of Youtube, we’d seen most of the rides online before we even went to the park.  I take the blame for ruining the surprise by watching YouTube.  However, nothing really excited or surprised us when we visited. The special effects in places like the Haunted Mansion seemed retro and well behind what’s available in 2019.

[For what it’s worth, the girls were overjoyed with the rides themselves. It’s just this old lady who wanted more.]

These reasons not to go to Disney World are probably a matter of unpopular opinion.  However, this is the testimony that holds true for my family.  One day we will give Disney World another shot – maybe.  But for now, there are plenty of other places in the world to explore!

Have you been to Disney World?  What was your experience?

Any cookies that may not be particularly necessary for the website to function and is used specifically to collect user personal data via analytics, ads, other embedded contents are termed as non-necessary cookies. It is mandatory to procure user consent prior to running these cookies on your website.